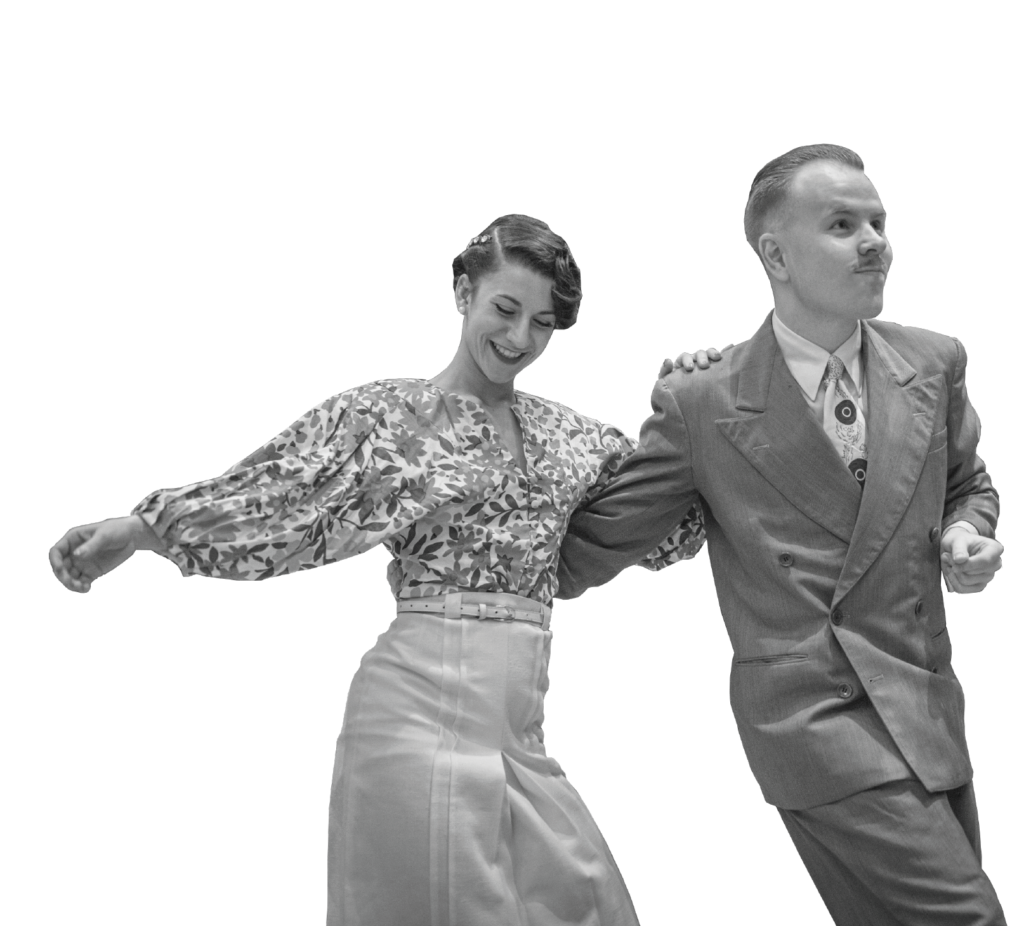 Nils and Bianca are full time swing dance teachers, performers, choreographers and members of the Swedish national team in Boogie Woogie and Lindy Hop. Together they won several Swedish competitions including the Swedish championships.
Both Bianca and Nils got stuck in swing dancing and music, their biggest passion at a very young age. Their paths crossed when Bianca moved to Sweden at the age of sixteen and that’s when they started performing and competing together.
They love swing dancing because it brings people together and spreads joy between them, but also because it is more than just a dance. It has a powerful meaning and history. The dance challenges them in keeping practicing, creating and expressing.
Bianca and Nils’ goal is to help you become the best dancer you can be if you are a student and to be entertained if you are a spectator at one of their shows.

Katja started dancing at the age of 5 and through the years studied various forms of dance such as Ballet, Jazz, Modern, Ballroom, Gymnastics and Acrobatic Rock and Roll.Since 2005 she has focused on early American dances from the Jazz age and Swing era, such as the Lindy Hop, Swing, Balboa, Charleston, St. Louis Shag and Authentic jazz. Her knowledge of (almost) all swing dances allows Katja to adapt her dance to any type of dancer. Which places her on the market among one of the best followers understanding connection and reactivity. She is an elegant dancer. You’ll be seduced by her style based by subtlety and finesse and you’ll be surprised by her musicality and footwork.

Peter is the foremost historian on American Jazz Dance. Credited for bringing back many of the dances that he learned from the original dancers of the 1920’s and 30’s and 40’s. He brings a first hand historical approach to his classes sharing what was handed down by National Charleston champions, Harvest Moon Ball Lindy Hop winners and 1930’s Swing Champions.

Peter not only travels worldwide as an instructor, lecturer, performer and competition judge but he can also be seen on video on Beverly Hills 90210, Marilyn Manson “Mobscene” video, Royal Crown Revue’s “Zip Gun Bop” video, Mulholland Drive, and the 13th Floor to name a few. 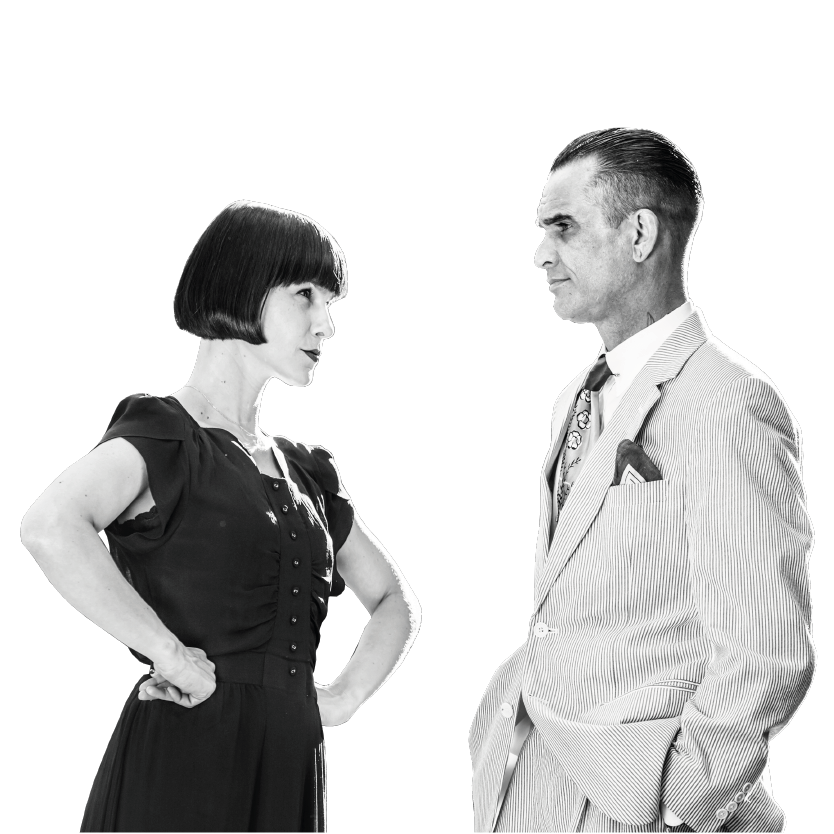 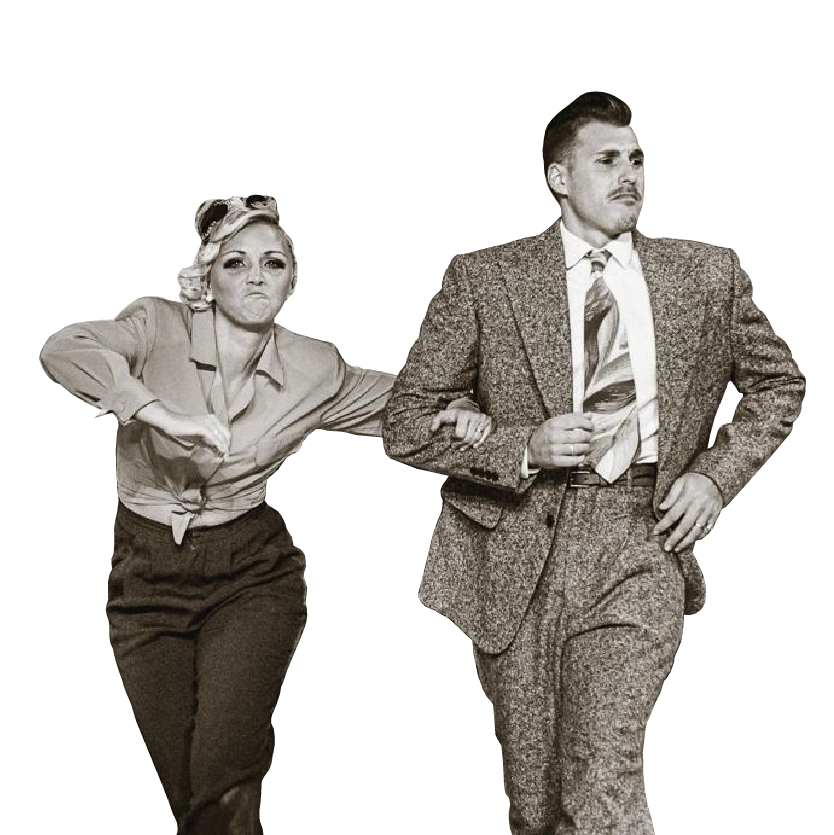 Henric and Joanna Stillman both started dancing since they were kids. Dances like Lindy Hop, Bugg, Rock´n Roll, Double Bugg, Modern Dance, Jazz and ballet are just some of their repertoire.
In 1997 they coupled up to dance and compete in Boogie Woogie. In 1999 they became members of the Swedish national team and have since then entered and placed in many competitions, including winning the Swedish championship in boogie woogie, as well as in lindy hop several times.
Nowadays they are head coaches for the Swedish National Team in Boogie Woogie and are working hard for the whole team.

Gentlemen & Gangsters play hot jazz with all the flair and sophistication of true gentlemen, coupled with the ruthless brutality
of hardened gangsters. Like a devious conspiracy from a bygone era, this shady syndicate of jazz kingpins plot for world domination from their secret location in a run down part of Gothenburg. Armed with drumsticks instead of knuckle dusters and trombones instead of tommy guns these deranged masterminds spread mayhem, joy, and decadence wherever they go.
You might have heard about them, you might even recognize some of the members from their more legitimate enterprises, and maybe you thought it was all just a rumor; after all – could such a band really exist? How could society allow it? How could they possibly have escaped the vice squad? Or even disease control, given the infectious jazz music that they are spreading? Well folks, all you need is a speedy getaway vehicle and a secret lair and the contraband jazz business is as easy as pie! 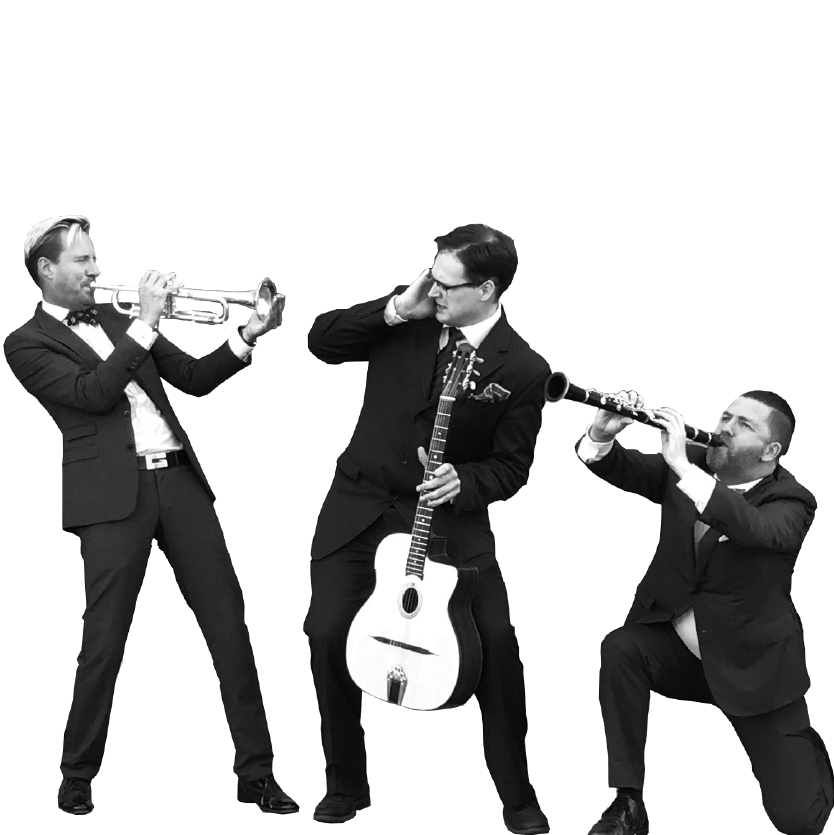 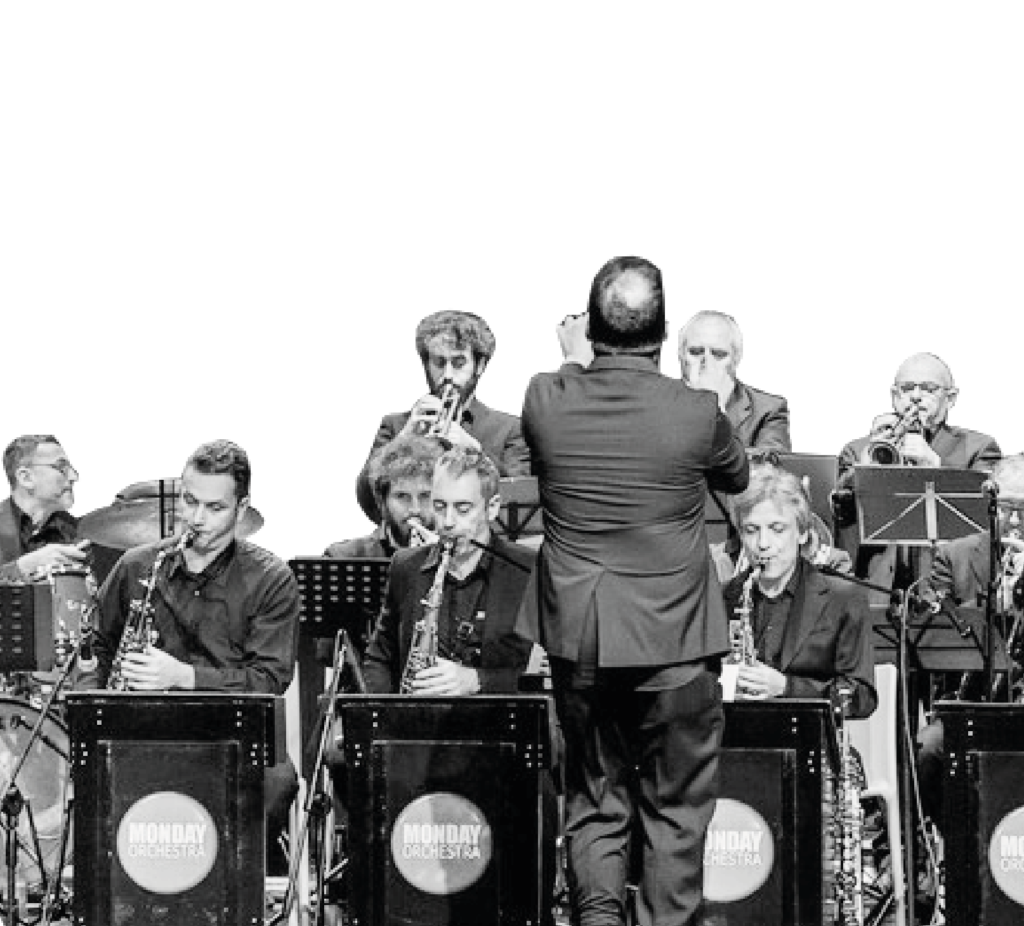 Directed by Luca Missiti, the Monday Orchestra consists of 18 musicians with many years of experience in consolidated ensembles.
The project was born with the aim of bringing together the best musicians and revisiting the classics of swing and jazz standards, but also pop or funky songs.